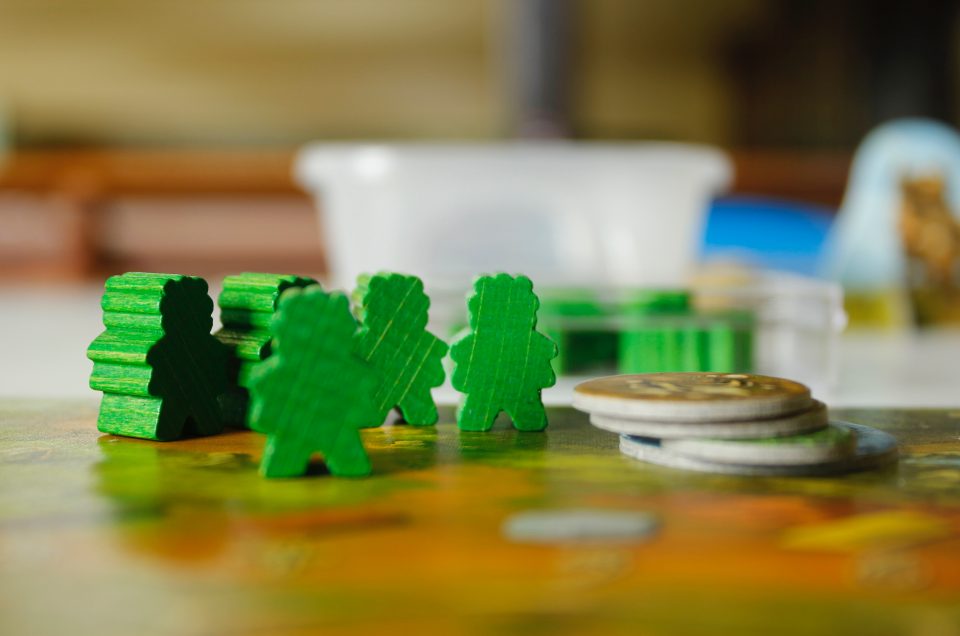 As the weather gets chilly, we move indoors to enjoy cozy fun.

Why not get back to your roots and try a board game.  They’re not like Sorry! you grew up with.  Games have really had an upgrade since then.  There are still light and fun games based on chance like the ones we great up with, but now there are board game that are fun and mix light strategy.

The problem is where to start.  Board games are expensive. Don’t be like me and buy games that are recommended only to find out you like it, but not your gaming partner.

Board games are so diverse, it’s hard to know what’s a good fit unless you try it.  So how do you try before you buy?

Dark Mountain Games in Springfield has Open Board Game Night on Mondays from 5-9 pm.  Black Moon Games in Lebanon also has a lot of games you try before you buy in the store with game nights, and they even have a great rental system I’ve used (but not for the games below unfortunately).

Here are some top rated games you can buy or see if they’re in their demo library. 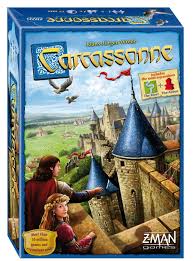 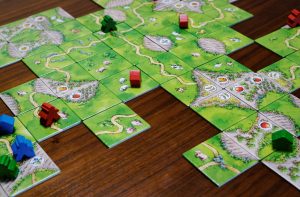 Game Elements: control an area and place tiles to create the board as you play

You’ll Like it because: It’s a light game with a cute medieval countryside theme.

This is a game where you move your people (meeple) around the board that you make as you go.  I love the idea of creating the board you play on by adding a piece each turn. It’s really easy to learn and understand too, which makes it great if you’re new to board games.  This won awards when it first came out in 2001 and still won best board game in 2012.  Of course I also like the medieval theme as well.  Definitely something I want to try and hope I can sometime soon. 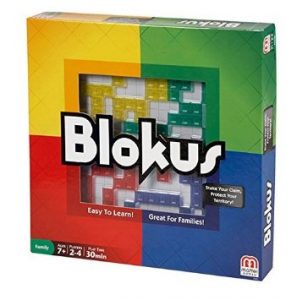 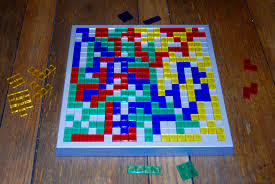 Good for: couples, families, small groups, people who have good spatial skills, and people who like Tetris.

You can even play this Solo!

You’ll Like it because: It’s a light game that’s easy to understand and reminds you of games in the past.

Blokus sounds like fun and make me practice my spatial skills, which are lacking.  I enjoyed Tetris growing up, so trying to fit pieces on a board looks like a something I’d enjoy. 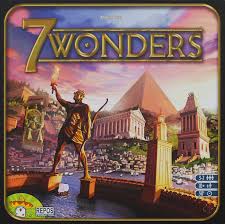 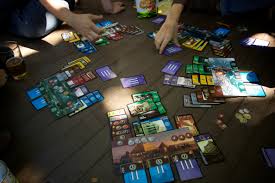 You’ll Like it because: It is based on the real 7 Wonders of the World, it’s simple to learn and the pictures are beautiful.

See it Played/Explained:  This is an overview and more detailed explanation to understand the game.  If you want on overview in 5 Minutes this is a quick review.

In 7 Wonders each player gets to play on a board for one of the 7 Wonders of the World.  Each board has a particular powers and abilities they give the player so there’s a lot of replayability with the game.  I like that players interact with each other as well as work on building their own deck to be better. 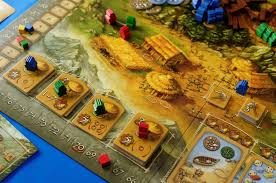 You’ll Like it Because: It’s easy to learn and some strategy to make it engaging, but not too much.  Lots of replayability.  I never get bored with this game.

I have this game and love it.  You collect resources to gain points.  Add tools, make people, grow food, and collect special cards to help you in this endeavor.  I’m always disappointed when the game is about to end.  It’s a nice mix of light strategy and luck with a fun theme.  When my friend comes to visit we like to play it multiple times, sipping on tea and munching on snacks.

You’ll Like it Because: You get to be different characters that have different abilities, which can hinder other players in the game.

The object is to collect enough coins to build cities.  Each part of a city has a different color; military type locations like an armory are red and religious ones are green.  Build one of each color and get bonus points at the end.

Each round you get to choose a character or two (if you’re playing with fewer people).  These characters have special abilities that help you or hurt others.  I like to the the merchant which allows me to get more gold.  The thief gets to potentially steal from another character and the king gets to go first.   Not all the cards are used each turn (but we don’t know what they are) so if the thief wants to steal from the merchant, he might find out it wasn’t played this round so he’s out of luck.

I love this game and don’t get sick of it.  Sometimes we change the rules a bit to make it more interesting and random since it’s only two of us and that makes it more fun for us, but playing by the rules is just as fun.

Looking for recommendations for experts?  Try this nice overview of the games with pictures new to gamers.

For an epic comprehensive list with pictures and categories like math, hidden traitor, cooperative, and role playing games check out Game Cows.

This article tells you a quick overview of the type of game it is and why it’s a great game to start if you’re new to board games. It also says another game to go a bit deeper when you’re ready to try something more complex.

This article tells you how many people and how long and the basic board game strategies.  It’ll teach you and what game to try that’s more in depth.  It’s not a review but an overview of the theme. I ‘ve played Forbidden Island and Ticket to Ride on this list and love them both.

This article provides pros and cons of games.  Some are new to me.

This article from Board Game Gateway provides a short review of popular games for beginners to the board gaming world.

Want to try something new but not sure what to try?  Here’s an article with the top 10 games for beginners.

I haven’t heard of most of these on this list. Played Forbidden Island and Dixit and liked them both, so I’m sure I’d like the rest of the recommendations on this list. 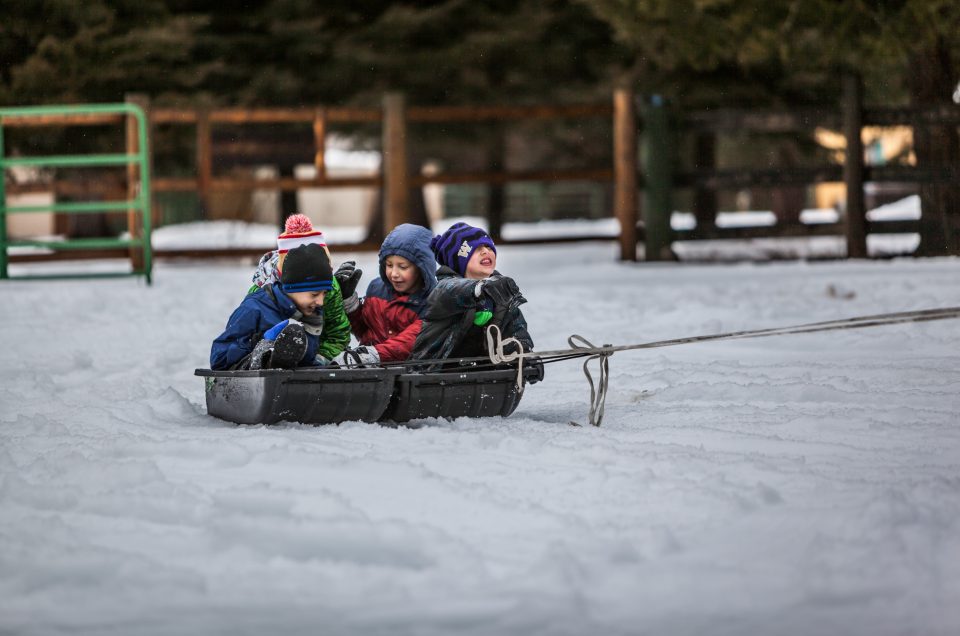 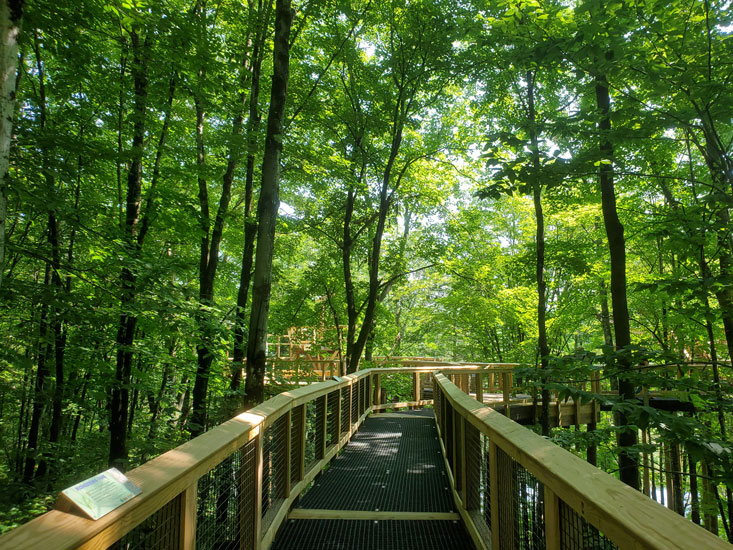 Thanks for sharing this info, I truly enjoyed your storytelling style.

Thanks for your post. Hunting accurate information is among
the biggest concerns for its younger generation.

The more I see, the more the better your content is.
I’ve covered a lot of the other sources; however, just here,
I’ve found legitimate information with such essential facts to bear
in mind. I suggest you will publish articles with numerous
topics to update our knowledge, mine specifically.
The language is another thing-just brilliant! I think I’ve found my
ideal supply of their very up-to-date info, thanks to you!

Thanks for bringing this topic up. I enjoy the way you present and maintain all of the facts in addition to your overall writing style.
From time to time, there’s a shortage of time to read lengthy pieces, but
is short and succinct, I spent just a few minutes
to read the entire article. It’s essential since nobody has
time to browse.